Has the climate crisis met its match with carbon removal technology? The reality is more complicated. 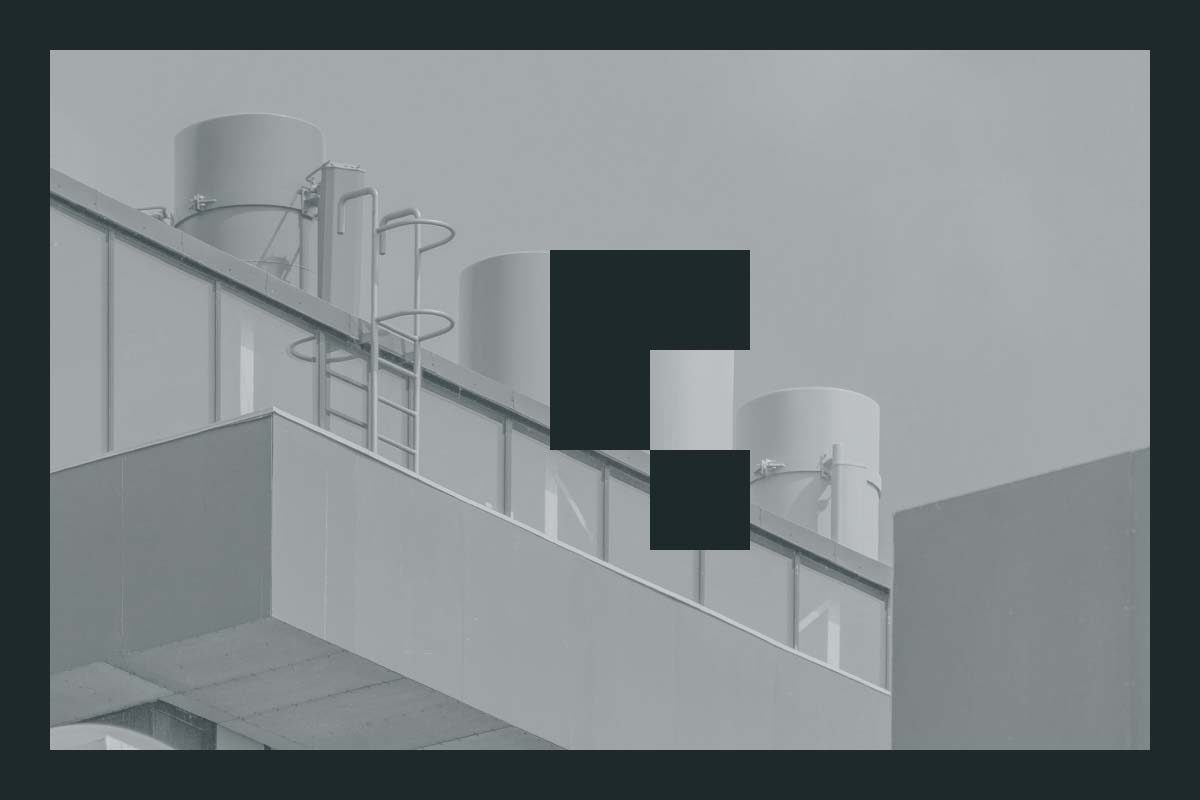 Carbon removal stories have become part of both climate and mainstream news—companies including Shopify, Stripe, Google, and Facebook are notable investors in new carbon removal technology. On the surface, carbon removal tech seems like it could be a magic wand for all our climate problems, but the reality is more complicated.

Climate change is at a critical point, and limiting warming to 1.5°C or 2°C will require “rapid and deep and in most cases immediate GHG emission reductions in all sectors,” according to the Intergovernmental Panel on Climate Change (IPCC).

Why there’s a need for carbon removal technology

Because we have emitted so much greenhouse gas (GHG) into the atmosphere and reducing these emissions will be a challenge, carbon removal is widely considered a critical strategy to achieve our net-zero and climate goals. However, it must not distract from the urgency of drastic greenhouse gas emissions reductions.

Carbon removal—also called carbon dioxide removal (CDR)—will be particularly important in sectors that are especially difficult to decarbonize, like steel, cement, and petrochemicals. “The deployment of CDR to counterbalance hard-to-abate residual emissions is unavoidable if net-zero CO2 or GHG emissions are to be achieved,” the IPCC says.

For companies looking to invest in carbon removal solutions to supplement their emissions reduction efforts, it’s important to understand the different types of removal, their benefits and drawbacks, and how removal financing fits in with offsets and carbon credits.

What is carbon removal?

Carbon removal includes various methods of removing carbon dioxide from the atmosphere. It consists of nature- and technology-based solutions.

Nature-based solutions enhance existing natural processes and ecosystems that remove carbon dioxide from the atmosphere. They include using forests and oceans as carbon sinks or places that absorb more carbon than they release.

These solutions rely on technology to remove carbon from the atmosphere. They include:

Each method has pros and cons. As the IPCC has stated, “There are a number of CDR methods, each with different potentials for achieving negative emissions, as well as different associated costs and side effects. They are also at differing levels of development, with some more conceptual than others.” These technologies have their own environmental impacts and potential risks to people in surrounding communities.

“CDR solutions are key in the transition to a decarbonized future because they can help hard-to-decarbonize sectors address unavoidable emissions,” the Center for Climate and Energy Solutions has noted. It adds, “Importantly, CDR solutions are not a substitute for emissions reductions, which remain an urgent priority.”

Many CDR technologies are nascent and borderline theoretical, requiring incredible R&D investment to reach the necessary cost and scale to affect global warming.

5 limitations and drawbacks of carbon removal

According to the IPCC, “Upscaling the deployment of CDR depends on developing effective approaches to address feasibility and sustainability constraints, especially at large scales.”

A life-cycle analysis (LCA) is often used to assess a product’s environmental impact through its entire life cycle. And it’s one way CDR technologies have been evaluated.

Why we shouldn’t rely on carbon removal technologies anytime soon

In theory, carbon dioxide removal (CDR) technologies are the answer to many climate and emissions problems. But to make a dent in global warming, there’s a long way to go.

• Pulls attention from mitigation: If companies feel they can make a problem go away—in this case, remove carbon rather than bring down their emissions footprint—they will, and it could preclude a systemic shift toward decarbonization.

• Energy required: The amount of energy required for things like direct air capture is staggering, and even if the tech uses renewable energy, it siphons that clean energy away from more urgent applications.

The LCA study authors wrote that “relying on CDR technologies could result in a moral hazard, since policy-makers could use CDR technologies as a safeguard to postpone climate mitigation measures.”

For companies, the danger is that they will prioritize carbon removal rather than deeper operational change and reducing emissions.

Take, for example, DAC. 18 DAC plants are operating worldwide, according to a September 2022 International Energy Agency (IEA) report. All are small in scale: They capture just 0.01 MT CO2 per year—the equivalent of a pithy 11.1 pounds of burned coal. And a plant that will capture 1 MT CO2 per year (the equivalent of 1,106 pounds of burned coal) is in advanced development. But, “In the Net Zero Emissions by 2050 Scenario, direct air capture is scaled up to capture almost 60 MT CO2/year by 2030,” the report says. That’s nearly a 600,000% increase in the amount of carbon over eight years, requiring a staggering amount of new carbon removal companies to spring up quickly.

In comparison, global CO2 emissions from energy combustion and industrial processes rose to a record high, 36.3 gigatons (or 36,300 MT) in 2021.

An Environmental Defense Fund report identifies direct air capture as a promising technology. “We’re starting to see some really fast-paced movement in the direct air capture space and some promising approaches there. But the problem is, even direct air capture is really, really costly at the moment,” says Jordan Faires, manager of EDF+Biz Net Zero. The cost is estimated at between $125 and $335 per metric ton of carbon for a large-scale plant, according to an International Energy Agency report.

Some technologies are energy intensive and need substantial land and water to operate, which may be problematic in water-scarce areas. If resources go to these technologies, to the detriment of communities that often bear the brunt of environmental harms, environmental injustices may result.

The Climate Justice Alliance has criticized DAC, calling it “an unproven technology that allows fossil fuel extraction and use to continue, resulting in ongoing harm to frontline communities.”

The energy required to operate some carbon removal technologies may increase pollution near the sites. And carbon storage raises concerns about potential underground leaks, polluted groundwater, and triggering seismic activity—not dissimilar to the harmful effects of fracking.

“The priority should be establishing operational, supply chain deep decarbonization,” Faires says. However, to realistically meet net-zero goals, he adds, “we really need all options on the table at this point.”

Corporate funding is necessary to advance CDR technologies further, so they’re viable on a broader scale. Companies will need to consider “how to leverage their capital and investments in things like research and development for carbon removal, to help ensure those markets get where we need to be, and investments in high-integrity, natural climate solutions, like protecting tropical forests,” Faires says.

But in doing so, companies shouldn’t lose sight of working to make changes that reduce their carbon emissions and overall environmental footprint.

How does carbon capture fit into the emissions reduction equation?

Carbon capture involves capturing carbon dioxide from emissions before it is released into the atmosphere, reducing a facility’s emissions. Carbon capture technologies include:

Of the available technologies, one of the most promising is post-combustion capture through amine. It is well demonstrated and in use in several applications, including natural gas processing, coal plants, and fertilizer production, says Ben Longstreth, global director of carbon capture with the Clean Air Task Force. “It has the benefit of also reducing other pollutants in addition to carbon dioxide, like sulfur dioxide and particulate matter and NO2.”

And now may be the time to consider these technologies. “At the moment, the government is really offering unprecedented support for companies to decarbonize their facilities through various means, but particularly carbon capture among them,” Longstreth says. Doing so can “make a big dent in our industrial and our power sector emissions,” he says.

Although carbon capture limits the CO2 entering the atmosphere, companies may rely on it instead of avoiding the emissions in the first place. At worst, fossil fuel companies might use carbon capture to greenwash their operations without limiting their production or transitioning towards renewable sources.

And carbon capture technologies also have their risks and benefits. A Climate Justice Alliance report notes that carbon capture and storage is dangerous because “There is no guarantee the CO2 will stay underground.”

Carbon credits and offsets can be part of a company’s strategy. However, Longstreth points out, “To find offsets that are equivalent quality, compared to reducing emissions—in other words, offsets that really provide the same climate benefit—is, I think, very difficult. And then a lot of the offsets today are really only able to promise short-duration carbon removal.”

Do companies rely too much on carbon credits? “I think the leading companies really are looking at credits as a way to go above and beyond their own deep decarbonization, setting robust targets and doing the hard work of making those internal investments, and then looking at credits as a way to say, ‘You know, we can double our climate impact for a relatively low cost,’” Faires says.

“To be clear, these credits should always, always be used as an addition to deep decarbonization, not a substitute for,” Faires says.

Investments in various carbon removal technologies should be balanced against each other—and against a company’s own emissions reductions—accordingly.

Editorial statement
At Sustain.Life, our goal is to provide the most up-to-date, objective, and research-based information to help readers make informed decisions. Written by practitioners and experts, articles are grounded in research and experience-based practices. All information has been fact-checked and reviewed by our team of sustainability professionals to ensure content is accurate and aligns with current industry standards. Articles contain trusted third-party sources that are either directly linked to the text or listed at the bottom to take readers directly to the source.
Author
Allison Torres Burtka
Tags
Sustainable action
Carbon Footprint
Share to
The takeaway

In theory, carbon dioxide removal (CDR) technologies are the answer to many climate and emissions problems. But to make a dent in global warming, there’s a long way to go.