How sustainability jobs will build our new economy 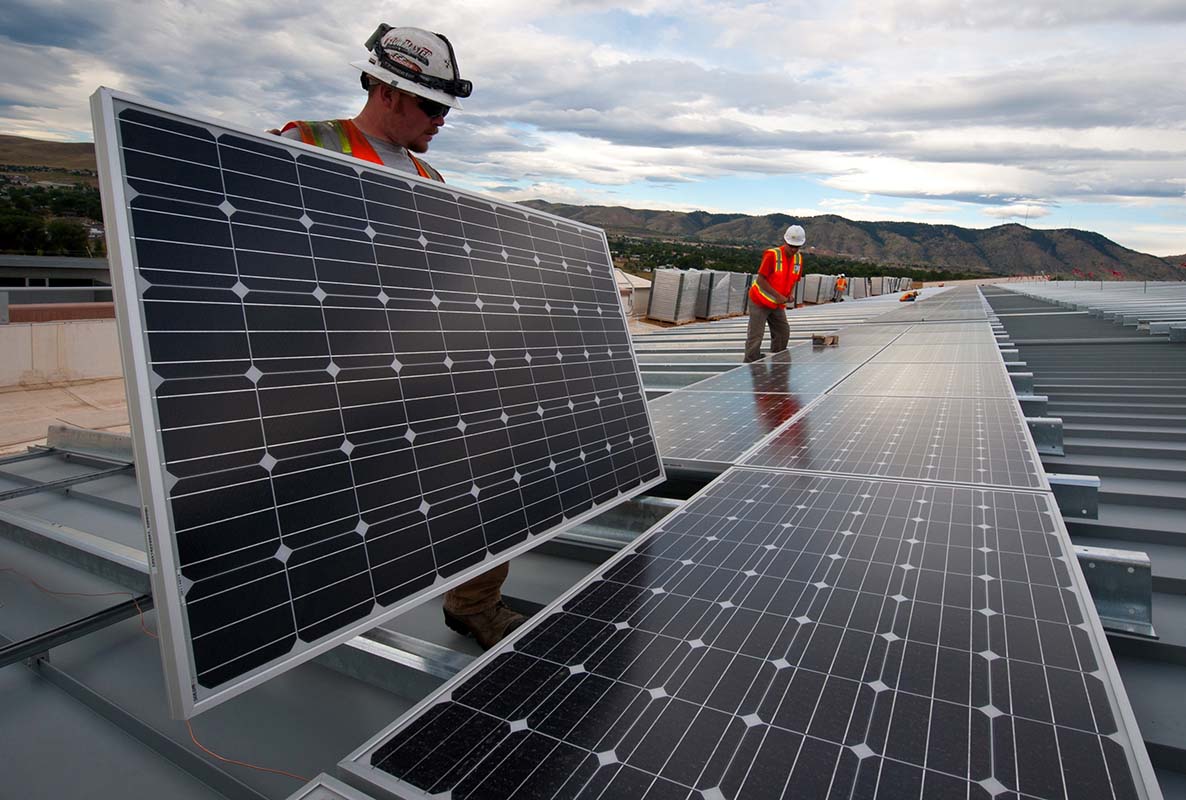 Battling the climate crisis is critical to our survival as humans. To avoid an untenable tipping point, it’ll take millions of new jobs in sustainability.

Not business as usual

If your business or sector doesn’t feel the heat, it will soon. The effects of climate change—from “hundred-year” weather events to resource scarcity—will disrupt every part of the economy. Skeptics beware—climate change isn’t a scare tactic. Without confronting the crisis, some sectors could lose hundreds of billions of dollars by the end of the century. The International Labor Organization (ILO) estimates that, by 2030, the world could lose 72 million jobs to heat stress, with the agricultural sector taking a particularly hard hit. No amount of sugar will help that medicine go down.

However, worst-case predictions will only come true if we do nothing. We have the power to make big changes—and those changes include lots of new sustainability jobs.

According to Saul Griffith, CEO of the independent research firm, Otherlab, “[There’s] no jobs program in history that’s as big as the jobs program that will be decarbonizing America.” He argues that classical free-market economics will drive the new green job revolution, and he’s not alone. The Global Commission on the Economy and Climate estimates that if we act now, we’ll put the planet on a path to carbon neutrality by 2030 with $26 trillion in economic benefits. The private sector and new jobs are vital components.

While the world could lose 6 million jobs (e.g., coal mines and oil refineries)‚ during the transition to a green economy, there will be 24 million new jobs globally by 2030. That leaves plenty of room to reemploy displaced workers. Plus, a recent McKinsey study shows that climate-friendly jobs produce a 1.5 times multiplier on economic productivity.

Even during the pro-fossil fuel Trump administration, the U.S. experienced explosive growth in the green economy. It wasn’t policy-driven—businesses simply started to realize that “going green” makes economic sense.

Both green energy and the automotive industry are prophetic of the green boom—their growth and benefits will trickle through the value chain, back into the pockets of Americans. Consider the implications of just two sectors turning over a new, greener leaf. The monumental shifts aren’t going to happen overnight. Factories will need retrofitting, and infrastructure will need to be improved. The new frontier of cleantech will undoubtedly spur lucrative careers, too.

The green energy sector has foreshadowed what’s to come from a broad transition. Renewable energy is now cheaper than energy from fossil fuels, even without government subsidies.

According to the Bureau of Labor Statistics, wind and solar technicians are among the nation’s top three fastest-growing careers. Zero-emissions energy employed 800,000 people in 2019 compared to 500,000 in fossil fuels. Factoring the current clean energy rate—11 % of total generation in the U.S.—if the grid were 100% renewable today, it would employ nearly 7.3 million people.

General Motors has pledged to phase out the internal combustion engine by 2035 and reach carbon neutrality by 2040. Ford plans to align its company with the Paris Agreement and reach carbon neutrality by 2050. Automakers have dropped a longstanding fight contesting California’s strict fuel economy standard. Collectively, it means vehicle electrification in the U.S. isn’t just a fleeting fad. Electric vehicles (EVs) will continue to create an influx of infrastructure projects—from a massive network of charging stations to updating auto factories.

To power all of these new EVs, we’ll need to build 500,000 charging stations, which means jobs. A recent executive order requires the federal government to create a plan to replace its 645,000-vehicle fleet with EVs. It also mandates that they’re made from at least 50% U.S. materials. It could be the push automakers need to truly ramp up EV production. Automakers have responded with new electric models ready for mass production to both the federal government and the general public.

It’s getting easier to imagine a green economy in the short term. The U.S. president has committed to rebuilding the post-pandemic economy, prioritizing green job creation. Biden’s climate plan could create an estimated 10 million green jobs, fast-tracking the transition to an economy fighting climate change while reemploying workers.

But the free market competitiveness of the green economy alone is more than capable of generating new jobs. Climate change aside, it makes economic sense to help the green transition happen, especially as workers in sunsetting industries have a logical landing place.

Sustainability’s role across the board

Imagine what companies, both big and small, will need to transition to clean energy, circular economic models, and lower their environmental footprint. Suppliers, contractors, and service providers will respond to changing demands, and the free market will weave a tapestry of new jobs to support a green economy.

Editorial statement
At Sustain.Life, our goal is to provide the most up-to-date, objective, and research-based information to help readers make informed decisions. Written by practitioners and experts, articles are grounded in research and experience-based practices. All information has been fact-checked and reviewed by our team of sustainability professionals to ensure content is accurate and aligns with current industry standards. Articles contain trusted third-party sources that are either directly linked to the text or listed at the bottom to take readers directly to the source.
Author
Christian Yonkers
Tags
Sustainability
Business sustainability
Share to
The takeaway

• The transition to a green economy could create 24 million new jobs globally by 2030.

• Wind and solar technicians are among the top three fastest-growing careers.