Climate change: What it is and why it matters

Climate change threatens both the global supply chain and business as we know it. 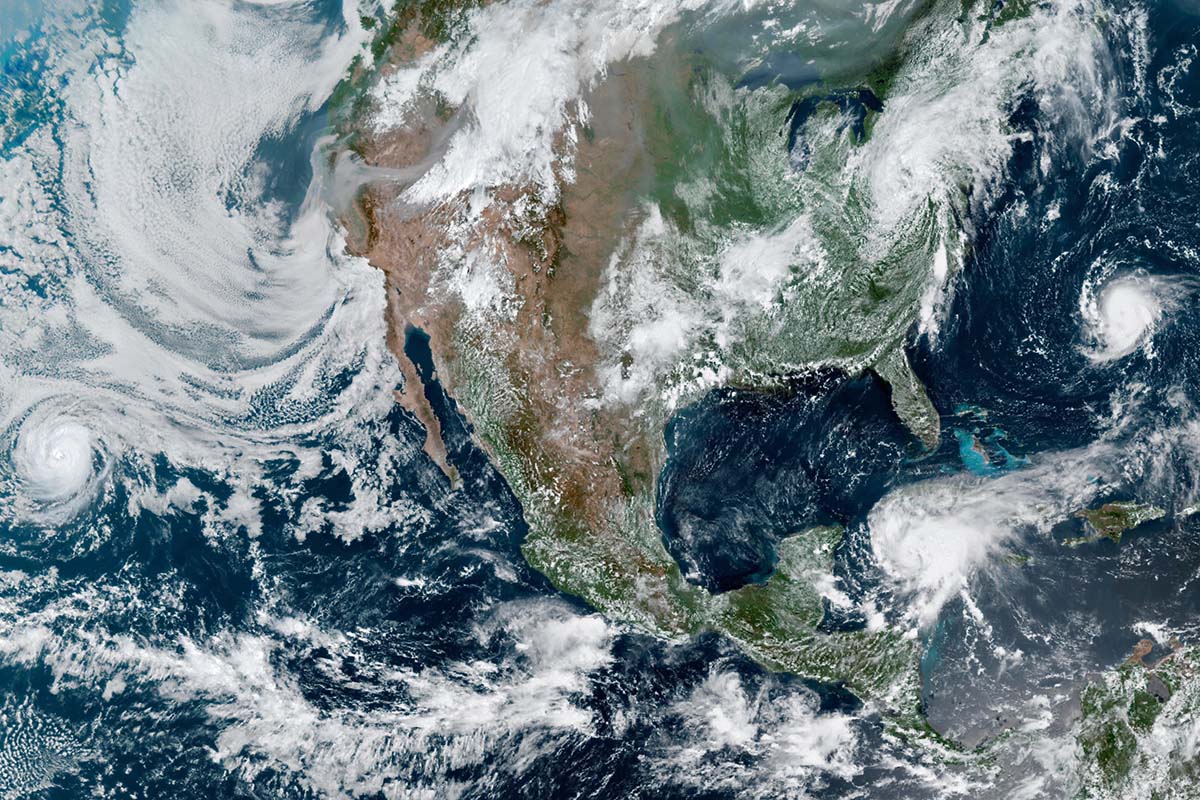 Nearly every business relies on consistent supply chains and manageable risks to turn a profit—on a global scale; climate change threatens both.

What is climate change?

Climate change is the gradual shift in the Earth’s temperature due to the greenhouse effect—heat radiates from the Earth’s surface and gets absorbed by gases in the atmosphere. Greenhouse gases—carbon dioxide, methane, nitrogen oxide, and fluorinated gases—retain heat and gradually emit it back into the atmosphere. Without the natural greenhouse effect, Earth’s temperature would stay below freezing and make the planet uninhabitable.

The weather we know today has been relatively stable since the end of the last ice age, about 10,000 years ago. This stability results from the natural carbon cycle—natural carbon sinks remove naturally-emitted carbon from the atmosphere, resulting in carbon neutrality. But emissions created by humans upset the balance, creating a carbon deficit. Natural sinks don’t remove all human emissions, so they enter the atmosphere, linger for decades, amplify the greenhouse effect, and cause significant shifts in the climate.

While climate change events happen for many reasons, the changes should occur naturally over millions of years. It’s not until recently that the climate has started to change so quickly—the result of greenhouse gas-emitting human activities. Increases in greenhouse gases—mainly carbon dioxide, which is more abundant and stays in the atmosphere much longer—have caused a massive rift in natural climate regulation.

How do we know climate change is happening?

Arctic ice core drilling shows stable greenhouse gas emissions and temperature for thousands of years after the last ice age. But something started happening just before the turn of the 18th century. When technological development took off, atmospheric carbon increased.

2020 closed with carbon dioxide levels at 417ppm, the highest in human history, which broke the previous record set just the year before. It may come as no surprise then that Earth is now 1.84ºF warmer than preindustrial averages. 2020 was a climate-record-breaker in more than just temperature: 2020 also saw new records in the number and intensity of wildfires and hurricanes. The increasing severity of natural disasters and environmental damage is a stark reality of a changing climate.

Do humans cause climate change?

Scientists estimate that human-caused increases of carbon dioxide in the atmosphere result in two-thirds of all energy imbalances, which results in a rise in Earth’s temperature. But how do we know rising carbon and temperatures are correlated and that humans are the cause?

Contrary to skeptics, the sun isn’t causing climate change, and we haven’t had any catastrophic meteor impacts or cataclysmic volcanic eruptions. The only explanation is an increase in greenhouse gases, and virtually all of the net increases in the last 200 years are the result of human activity.

The majority of anthropogenic emissions stay sequestered in the atmosphere, land, and oceans. The problem: as sequestration sources max out, they become carbon-saturated and change radically. Since 1850, global human emissions from fossil fuels and land use have generated 650 gigatons of carbon dioxide. The fossil fuels we’re burning now contain carbon from prehistoric plants. These plants previously pulled carbon from the atmosphere over millions of years, sequestering it permanently beneath the ground. We’re now releasing millions of years of sequestered carbon in just a couple of centuries. Cutting net emissions to zero and drawing carbon out of the atmosphere are our only options to help ship around before it’s too late.

What will happen if we do nothing?

As far as the climate is concerned, less is more. The Intergovernmental Panel on Climate Change (IPCC) projects 1.5ºC, or 2.7ºF, as the highest amount of “safe” warming the planet can take before things get dicey. To reach that goal, we have to cut emissions by half by 2030 and reach net zero by 2050. And that’s not all—we also have to take excess carbon out of the atmosphere.

Inaction could mean the Earth warms 10.8ºF by the end of this century. By 2100 the Arctic and Greenland could be mostly ice-free, and oceans could rise 5-10 feet and displace hundreds of millions. As soon as 2050, 250,000 people could die as a result of climate change each year. The World Bank estimates climate change will force 100 million people into poverty.

Businesses have a large part to play in engaging the climate crisis. Small and medium-sized businesses account for about 13% of global energy consumption. From supply shortages caused by extreme weather to societal pressure to adopt climate-friendly practices, if businesses don’t yet feel the need to act, they will soon. It’s not all bad though, making your business climate-friendly offers positives—sustainable practices can improve your bottom line, spur innovation, build customer loyalty, and strengthen supply chain resiliency. But the benefits of sustainably will only happen if and when businesses counter the threat of climate change with targeted action.

Editorial statement
At Sustain.Life, our goal is to provide the most up-to-date, objective, and research-based information to help readers make informed decisions. Written by practitioners and experts, articles are grounded in research and experience-based practices. All information has been fact-checked and reviewed by our team of sustainability professionals to ensure content is accurate and aligns with current industry standards. Articles contain trusted third-party sources that are either directly linked to the text or listed at the bottom to take readers directly to the source.
Author
Christian Yonkers
Tags
Climate change
Sustainability
Sustainability basics
Share to
The takeaway

• Climate change is the gradual shift in the Earth’s temperature due to the greenhouse effect.

• 2020 was a climate-record-breaker and saw new records in the number and intensity of wildfires and hurricanes.

• Since 1850, global human emissions from fossil fuels and land use have generated 650 gigatons of carbon dioxide.