What it means to be carbon neutral

What the buzzword is all about. 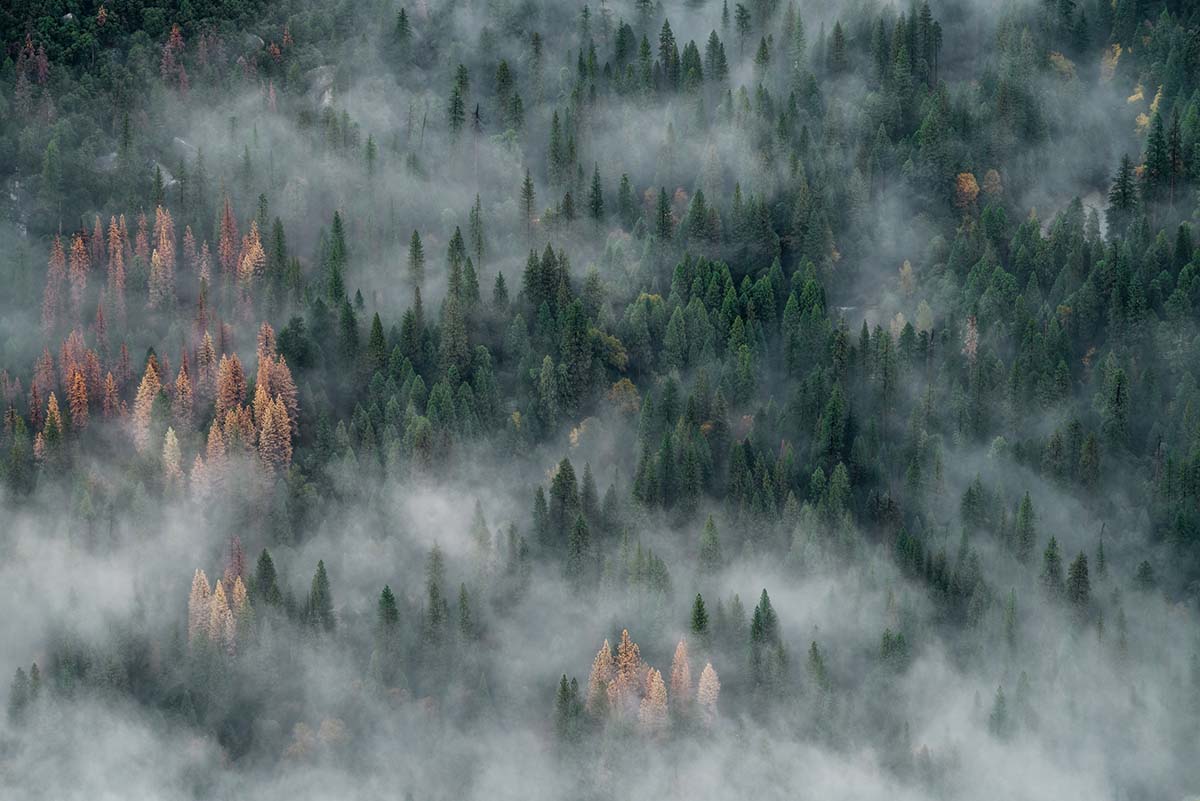 With each passing day, the window to avoid the irreversible effects of climate change narrows. And if we’re collectively going to slow, stop, or reverse the catastrophic effects, we have to reduce carbon and other greenhouse gas (GHG) emissions.

When it comes to reduction efforts, you’ve likely heard the term “carbon neutrality.” It’s one of the most common buzzwords used in corporate climate commitments and refers to a balance between the carbon emitted and removed from the atmosphere. And to reach carbon neutrality, companies typically pursue a mix of mitigation efforts and carbon offsets.

Without specific goals, though, broad carbon neutrality is a nebulous target used by companies and other groups to evade accountability (read: greenwashing). It matters whether you aim for carbon neutrality within 10, 30, or even 50 years. When the Paris Agreement was signed in 2015 as a global framework to mitigate global warming, countries committed to limit warming to well below 2°C relative to pre-industrial levels. Since then, scientists and diplomats have aligned on a target to limit warming to 1.5°C, which is widely considered the threshold for irreversible, catastrophic impact. We’ve already surpassed 1.1°C and stand to cross the 1.5°C threshold within a decade or two unless we slash emissions on a global scale.

The buzzwords included in corporate carbon commitments—“carbon neutrality,” “net-zero,” “zero emissions,” “carbon neutral,” “climate positive,” “net positive”—start to bleed together in the public consciousness. While generally cut from the same emissions-related cloth, the terms get used interchangeably to an incorrect degree. Whether intentionally or inadvertently, it’s a form of greenwashing to watch out for. Here are the differences you should be aware of:

• Carbon neutrality refers specifically to carbon emissions generated but then offset elsewhere to achieve a net-neutral outcome. (Which is the focus of this article since it represents a generally attainable emissions reduction target.)

• Net-zero refers to a balance between all generated and removed emissions, not just carbon.

• A more ambitious way to achieve net-zero emissions is to remove the “net” part—and not emit at all—which is zero emissions. Beyond that is carbon negative or climate positive if you remove more emissions from the atmosphere than you emit.

Measurement is the first step on the path toward carbon neutrality

While climate change is a global crisis, it will be won or lost on smaller playing fields—in research labs, legislative halls, and boardrooms. Businesses generate the most emissions, and their participation in cutting those emissions is crucial. Until recently, very few companies recognized their operations’ negative impact on communities near and far. The recent uptick in corporate climate commitments and the widespread acknowledgment of business impact on the planet have started to lead to large-scale change.

Thankfully, many companies have made targeted carbon neutrality commitments to reduce emissions in line with the pace scientists say is essential to avoid worst-case scenarios. Big companies like Amazon, FedEx, and General Motors, have pledged carbon neutrality by 2040, and some—like Apple and IBM—by 2030. Others have made tangible carbon-cutting commitments, for example, Lyft’s promise of 100% electric operation by 2030. But commitments are one thing—getting there is another.

How they’ll achieve carbon neutrality and a sustainable future

A more approachable path toward carbon neutrality is to balance any remaining emissions that otherwise can’t be eliminated or reduced with an equivalent amount of carbon absorption via carbon sinks. According to IPCC AR6, “land and ocean have taken up a near-constant proportion (globally about 56% per year) of CO2 emissions from human activities over the past six decades”—but that falls short of what’s required to slow or even stop the planet from warming. While emerging technologies sequester carbon from the atmosphere, none are yet viable at scale or cost to address global warming. Thus, if companies can’t eliminate their carbon emissions to reach carbon neutrality, they need another way.

Carbon offsets allow organizations and individuals to finance carbon removal or reduction projects to counteract their emissions. The money paid for carbon offsets typically funds sustainable projects—like reforestation or protecting forests that would otherwise be destroyed—that save emissions equivalent to what the company emits.

Offsets can be helpful for businesses looking for an initial fix to cut their carbon footprint. They’re a positive, relatively easy way to start your carbon management strategy or take care of what you can’t yet avoid but should not be viewed as a comprehensive solution. Just watch out—some carbon credits fail to live up to their promise due to inflated carbon removal claims, double-counting, uncertain measurement, and inadequate accountability or regulation are just some of the problems that plague the offset market. It’s important to opt for verified offset projects—like the ones Sustain.Life offers—that align with your company’s business model and sustainability strategy.

Again, offsets are a viable strategy for emissions that cannot be reduced or otherwise avoided but shouldn’t be a proxy for mitigation or elimination efforts. Think of a leaky ship. Crewmembers have to plug the leak to stop it from sinking. Offsetting is akin to bucketing the incoming water and throwing it overboard. No matter what, you still have to plug the leak to save the ship. As a whole, we can’t solve the climate crisis until we plug the giant leak of greenhouse gases that caused this crisis in the first place.

At the macro level, carbon neutrality is a tall order for even the most well-resourced companies. But like any massive problem, breaking things into more manageable parts is essential. To illuminate emissions-cutting strategies and inch toward carbon neutrality, businesses—and individuals for that matter—first have to pull out the proverbial measuring stick and determine how much they emit and the source of their emissions.

If you have carbon neutral aspirations, analyzing your carbon footprint is essential. (But watch out because “carbon footprint” is a bit of a misnomer—it accounts for co2 emissions and other insulating gases like methane.)

1. direct emissions from sources owned and operated by an entity, and

2. indirect emissions, which are a consequence of an entity’s activities but occur outside of their ownership and immediate control.

Essentially it all breaks into three emissions scopes which are standard for classifying the layers of a company’s emissions. Rather than explain scope 1, 2, and 3 emissions in this post, check out this emissions scopes explainer to learn more.

Before setting a goal towards carbon reduction or carbon neutrality, an entity must first identify where their emissions come from—scope 1, 2, or 3—and measure or benchmark current emissions levels (also something Sustain.Life helps with).

In the liminal space beyond carbon neutrality sit the terms “carbon negative” and “climate positive.” They refer to a state where more carbon dioxide is captured from the atmosphere than emitted. In other words, a company could have a positive impact on the climate. And some have already made those types of commitments.

By 2030, IKEA plans to do so by shifting to renewable energy and supporting sustainable forestry and agricultural practices. Its plan will both eliminate emissions from its value chain and absorb existing carbon from the atmosphere. Google made a recent marketing splash around its commitment to be carbon-free by 2030. Microsoft pledged to be carbon negative by 2030 but has gone one step further—by 2050, it plans to remove all the carbon it has emitted since its founding in 1975.

Editorial statement
At Sustain.Life, our goal is to provide the most up-to-date, objective, and research-based information to help readers make informed decisions. Written by practitioners and experts, articles are grounded in research and experience-based practices. All information has been fact-checked and reviewed by our team of sustainability professionals to ensure content is accurate and aligns with current industry standards. Articles contain trusted third-party sources that are either directly linked to the text or listed at the bottom to take readers directly to the source.
Author
Danny Schleien
Tags
Carbon offsets
Sustainability
Carbon Footprint
Sustainability basics
Share to
The takeaway

• Companies typically approach a path toward carbon neutrality by balancing the emissions they can’t eliminate or reduce with an equivalent amount of carbon offsets.