Carbon pricing in the U.S. and North America

The social cost of carbon and the progressive approaches that will shift society away from carbon-intensive activities. 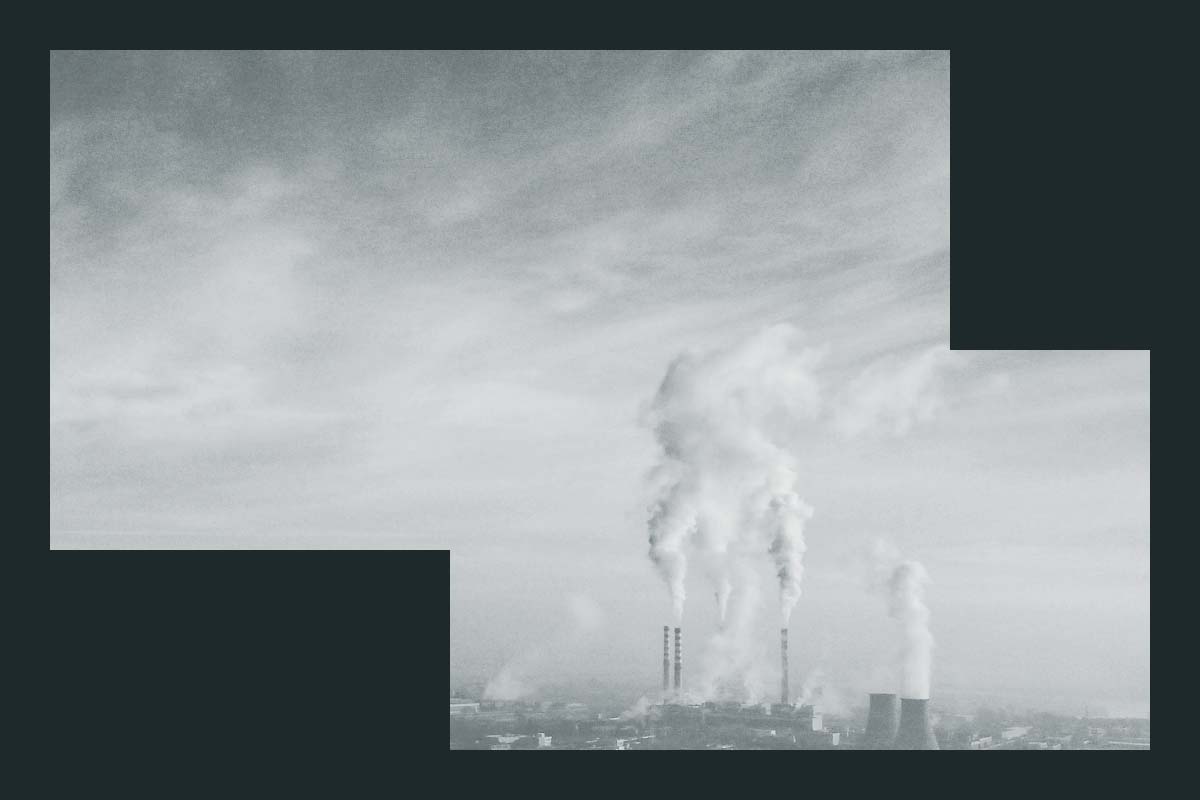 What is carbon pricing?

Carbon pricing recognizes the cost of pollution and builds the cost into everyday decisions, for example, the price of energy. The goal of carbon pricing policies and programs is to keep shifting society away from carbon-intensive activities.

Before you decarbonize your energy supply

You need to calculate your GHG emissions. We can help.

In June, the U.S. Supreme Court issued a ruling making it harder for the Environmental Protection Agency to reduce greenhouse gas emissions from power plants. The court ruled that only Congress has the authority to create a broad approach to limit power plant emissions and limited the jurisdiction of the EPA in this area. From a climate perspective, that decision is unfortunate since fossil fuel-generating plants constitute the second largest polluting sector in the U.S. (only behind transportation). Meanwhile, Congress is hopelessly gridlocked these days—no help will come from that body anytime soon.

Despite the regulatory roadblocks thanks to policymakers, U.S. carbon emissions have declined in recent years. It’s a trend poised to continue and due in part to older coal plants’ inability to maintain competitiveness in today’s power markets. Coal plants are losing market share to both gas-fired generation and renewables. However, it’s also a result of individual corporate initiatives and meaningful regional carbon management programs.

To better understand how these various programs work and how future carbon pricing and management schemes could be applied, let’s examine a few different existing approaches.

Think of the cap-and-trade system as an emissions trading system. These involve regulator-established limits on emissions that continuously wind down over time. Entities receive emissions allowances that also decline over a given timeframe. Those that don’t stay within targeted GHG emissions caps must buy allowances at prices established by regular auctions between those in need of allowances and those that have exceeded emissions reduction targets and have carbon credits to sell. The two regional cap-and-trade programs or carbon markets we’ll examine here are the Northeast Regional Greenhouse Gas Initiative (RGGI) and the joint California/Quebec program.

Here, a carbon price adder reflects the carbon intensity of generating resources, expressed in dollars per megawatt-hour (MWh). This adder is attached to the prices offered by generators selling electricity. This is the approach proposed by New York’s grid operator for the state’s wholesale competitive electricity market.

Under this approach, emitters pay a fee to pollute, typically expressed in dollars per ton. The concept? Make it expensive to pollute, and behaviors will change. Canada’s national carbon tax is a good example of this model.

At some point in the near future, we will no longer have the luxury of debating atmospheric chemistry and global warming. Our troposphere doesn’t care about what we think or our political views. Eventually, the resulting economic damage will force us as a society to concede a need to more aggressively address the carbon issue with actions focused on mitigating future emissions and adapting to the impacts of a changing climate. When that day of reckoning comes, look for one or more of these approaches to be more aggressively and broadly implemented (with the likely inclusion of higher carbon prices, too).

1. Emissions from all power plants over 25 megawatts (MW) are subject to the program.

2. Each generating facility must buy allowances to account for its emissions.

3. Quarterly auctions set a price per ton of carbon dioxide, with an administratively-determined floor price. In recent years, auction prices have risen steadily from $2.53 per ton in the summer of 2017 to a recent price of $13.90 at this past June’s auction.

4. Proceeds are invested in a variety of programs related to equity and climate change. In the past 13 years since its inception, over $5.3 billion has been collected, and over $4 billion invested in renewables, energy efficiency, and low-income assistance programs. Meanwhile, RGGI emissions have fallen by 50%—that’s over twice as fast as the entire country.

California’s cap-and-trade initiative began in 2013. The basic underpinnings of the program are as follows:

1. California’s program covers more than just electricity. It addresses approximately 450 of the largest emitting businesses concentrated in the industrial, fuel distribution, and power sectors, emitting about 85% of the state’s greenhouse gas emissions.

2. Each entity initially receives a certain level of emissions allowances, which must then be reduced over time (the state total declines about 3% annually). If a corporation cannot comply, it can buy allowances from companies that have exceeded their goals. In 2014, Quebec joined California and held its first joint auction. Adding Quebec into the program increased market efficiencies by including a larger number of actors that could have allowances for sale.

3. Prices for allowances per ton are set at quarterly auctions, although the government also sets a minimum floor (the annual reserve price), which increases by 5% annually over inflation. Carbon prices at auction have risen steadily in recent years, jumping from about $13 per ton five years ago to over $30 per ton in the most recent May 2022 auction, increasing the financial incentive to remain compliant.

4. Auction revenues, which total almost $10.5 billion to date, are collected and dedicated to programs overseen by California’s Climate Investments to address equity issues and push emissions reductions or cope with climate change impacts.

In 2021, Washington State passed its Climate Commitment Act with plans to develop a similar program.

New York State is getting ready to try a different approach with a carbon price adder to each generating plant that wants to sell power in the competitive electricity market.

Since power market logic is complex, let’s try to make things easier to understand for the layperson.

The first thing to understand: Unlike the New England market, where six states participate, or the mid-Atlantic market, which covers 13 states and the District of Columbia, New York has its own competitive power market. Since it doesn’t have to coordinate among multiple states, it’s easier for the New York grid operator to develop its own rules in line with its state policies.

The second key element: In the market, each participating generating resource offers a quantity of energy (in MWh) it wishes to sell for each different hour of the day. Thus, the price from 1:00–2:00 pm differs from the 2:00–3:00 pm price, and so on.

And here’s how prices are set: For each hour, the grid operator projects how much demand will occur and how much supply is needed to meet that demand.

For this discussion, let’s assume an expected demand of 20,000 MW.

The grid operator then asks each generator to communicate the amount of energy they will offer that hour and the price they want and begins to build a “supply curve.” Each generator sets a price based upon its generation costs. For example, a natural gas-fired plant must cover fuel costs and turn a profit, while a wind farm has no fuel costs, so it might offer a lower price. The inexpensive units get picked first, and the operator starts to stack them by price and quantity. Let’s simplify and assume 10,000 MWs of clean energy—like wind and solar—bid at zero because they will accept the “clearing price” that is eventually determined for that hour—more on that in a minute. Let’s also assume another 5,000 MW of nuclear plants bid at prices up to $30 per MWh. Now we have a total of 15,000 MW with the highest price so far at $30.

New York still needs another 5,000 MW of power to reach that 20,000 MW demand target. So the operator looks for the next lowest price options—likely gas-fired plants—and keeps selecting them by price until the total number of generating units selected reaches that magic 20,000 MW of capacity.

The final unit selected offers to sell energy at $35.00, which is known as the clearing price. Here’s the unique part about markets: Each of the selected power plants receives $35.00, regardless of its generation costs. And what about that generator that may have bid in at $35.01 or higher? Well, they’re left out of the party for that hour.

So, how would a proposed carbon price adder change all of that? Based on its carbon intensity and an estimated “social cost of carbon” (the value of the damage avoided if we did not emit the next marginal ton of carbon into the atmosphere), a carbon price is added to each resource that offers electricity into the market. Thus, a wind turbine would have an adder of $0. A gas-fired plant would have an adder based on the carbon content of gas and its overall efficiency at converting gas into power. And a coal plant would have an adder approximately twice that of an efficient gas plant because it’s about twice as carbon-intensive.

Let’s look at the two fossil-based resources we isolated for this discussion. With its adder, one offer is above $35.00 and does not get selected, so it won’t be generating during that hour. The other selected offer comes in at $34.90, including the carbon adder. However, it does not keep its adder. That is instead paid into a fund that is dedicated to programs similar to those benefiting from the RGGI or the California auctions.

To date, the concept has been developed by New York’s grid operator, NYISO, and presented to the Federal Energy Regulatory Commission (FERC), which oversees competitive markets. FERC has stated that it is open to the incorporation of carbon pricing in wholesale markets. The question at this point now becomes, what is the appropriate social cost of carbon? At the end of 2020, New York’s Department of Environmental Conservation set a guidance value of $125 per metric ton.

Unlike the patchwork approach in the U.S., Canada is attempting to create a broad-based program that affects activity across the entire country. In 2019 the Canadian government developed a national minimum tax on carbon pollution that all provinces must meet, requiring individual provinces to at least meet these standards.

This tax affects fuel distributors and industries, including the power sector, and intends to be revenue neutral. The Canadian government redistributes the revenue back to the tax-levying provinces to redistribute as they see fit (rather than dedicate it to energy-specific programs). The carbon price is set at $50 Canadian per metric ton today (about $38 U.S.) and will rise to $170 Canadian ($130 U.S.) by 2030.

The more carbon-intensive industries and power plants will pay more. Available data on U.S. generating plants show that the average coal plant emits 2,180 pounds (just about a metric ton) of carbon dioxide per MWh, while the gas counterpart comes in at 898 pounds. The coal plant would have an adder of about $50 Canadian per MWh and an added financial burden over twice as high as a gas-fired plant, while a renewable energy project would pay no tax at all.

As the Canadian government puts it, “carbon pricing is about recognizing the cost of pollution and accounting for those costs in daily decisions.”

Indeed, the ultimate goal of these carbon pricing initiatives is to keep shifting society away from carbon-intensive activities and incentivize decarbonization. And while the recent Supreme Court decision was damaging and took away a useful federal regulatory tool to reduce carbon emissions, meaningful action has taken place at state and regional levels and will continue to do so. Many states continue to develop or enhance market-based approaches that will help further the goal of decarbonizing our future electricity supplies. In the absence of federal leadership around climate policy, some companies are already starting internal carbon pricing initiatives, and more states will be called upon to step up their game in the years to come. After all, there’s no arguing with atmospheric chemistry when it comes to catastrophic climate risks and global emissions.

The ultimate goal of carbon pricing schemes: incentivize decarbonization and keep shifting society away from carbon-intensive activities. Meaningful action has taken place at state and regional levels to develop or enhance market-based approaches that will help further the goal of decarbonizing our future electricity supplies.