Legislating a path to net-zero—fantasy or reality? 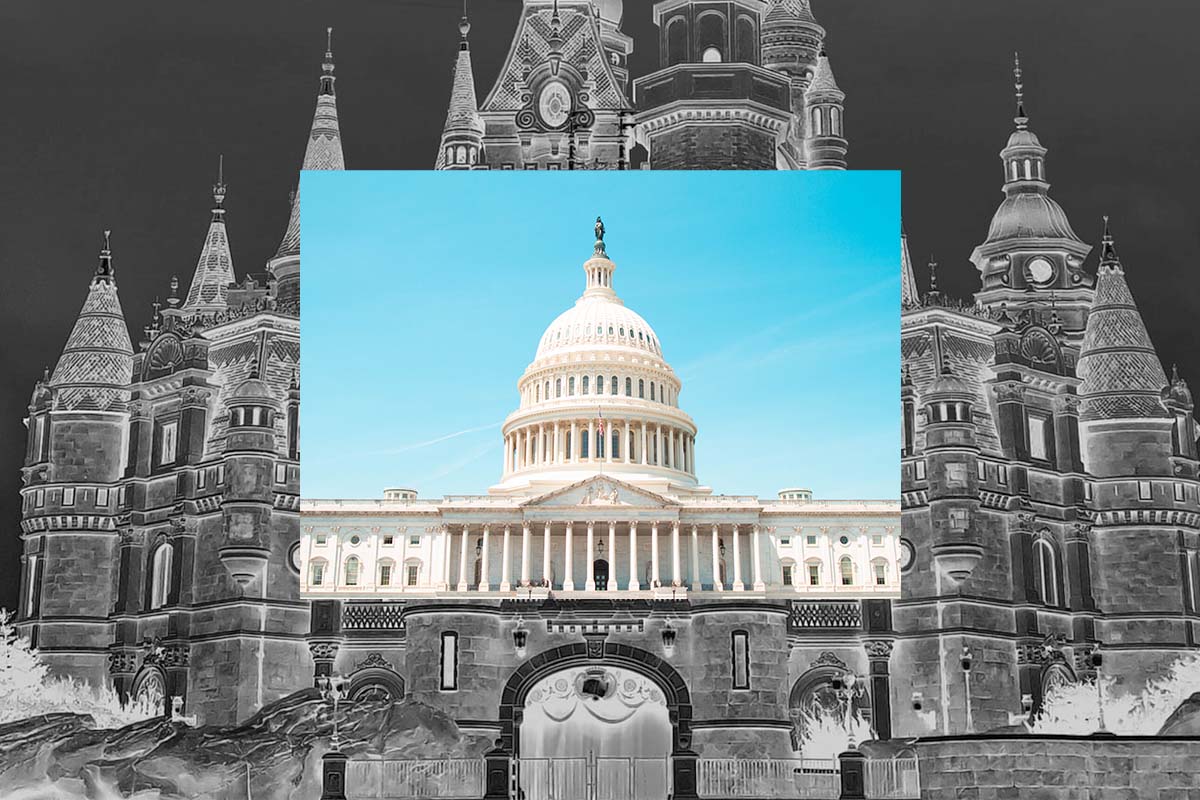 Imagine a world where the U.S. federal legislative process runs like clockwork, where “filibuster” is an archaic phrase taught in history books, and gridlock is a harried tale of times past. In this world, we have comprehensive and consistent legislation that protects planet and people. Carbon is universally recognized as a planetary peril and is centrally managed, consistently reported, and taxed for all corporations.

The U.S. remains wildly unprepared to achieve its 2030 emission reduction goals, with no formal net-zero target commitment. Though (finally) accepted as scientific fact, climate change and carbon emissions remain unregulated. They’re inconsistently managed across public and private sectors, and there’s little hope for sweeping mandated emissions caps or a federal carbon tax in the near term. And why? What prevents us from manifesting the fantasy?

There are plenty of obstacles to choose from: regional disparities and economic dependencies on fossil fuel and jobs provided by the legacy industries, varying tolerances for the upfront capital required to transition to green energy and industry, to name a few.

In simple terms, the United States of America is a behemoth. It’s slow to change, difficult to pivot, yet powerful in its impact. And while we need the collective action forced by federal policies like the SEC’s proposed rule on climate disclosure, we also need to be realistic about the measured pace widespread legislation like this will have to take for practical and reasonable adoption by the corporate masses.

So while we wait for the negotiations that are sure to take place, we look to more nimble local regulators to push innovative and ambitious climate policies.

Local legislation has taken the lead before

We’re already seeing innovative local legislation around carbon. Look no further than California’s Climate Corporate Responsibility Act. It will require any business with more than $1 billion in revenue in the state to disclose scope 1, 2, and 3 emissions, and an even larger subset to disclose climate-related financial risk à la Task Force on Climate-related Financial Disclosures (TCFD).

Taking a slightly different approach is New York City’s Climate Mobilization Act. It’s a series of building-focused bills that limit large buildings’ carbon emissions, establish a cap and trade market, and fines owners to the tune of $268/ton of carbon emitted over the defined limits. In practice, what market effects does this drive? For the first time, real estate operators and owners include the cost of carbon in their financial models.

Rounding out the bi-coastal climate laws, both California and New York have taken steps to effectively ban new gas lines for new construction, further encouraging a shift towards electrification, which, of course, begs for a cleaner grid. Our federal government seems to have some self-awareness on the role localities must play in pushing forward a climate agenda, evidenced by the new Carbon Reduction Program (CRP), a $6.4 billion package to support state-level emissions reduction projects in the transportation sector.

What the future holds

So, where do we go from here? What’s the more direct path to progress: local or federal? Not one to put my eggs in a single basket, I say, why choose? I’d like to see a continued push for comprehensive regulation at the national level, but know that the ambition to maintain a 1.5°C warming scenario will be watered down for anything to pass. To pick up the slack, progressive states and cities will have to continue to forge forward faster while waiting for the rest to bring up the rear.

More from Sustain.Life
Climate conscious conferences: How to host a sustainable event
What you should know about electric vehicle fleet management
Fleet sustainability—the electric vehicle wave is coming
The ins and outs of carbon benchmarking
Author
Alyssa Rade
Tags
Sustainable action
Share to
The takeaway

Innovative local legislation around carbon emissions will likely have to continue to pick up the slack where federal regulations fall short.

Want to improve your sustainability program?
Request a demo
Related
Article
Climate conscious conferences: How to host a sustainable event
Article
How to decarbonize your electric supply with Renewable Energy Credits and other methods
Article
Legislating a path to net-zero—fantasy or reality?
Article
Workplace sustainability: Waste